A recent celebration of Mao Zedong in China included pig sacrifice and other behaviors usually associated with the worship of gods in traditional Chinese religion. 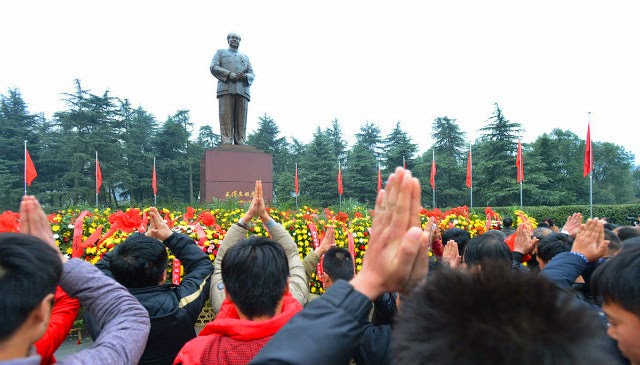 On the one hand, slaughtering a pig for a celebration would not be specifically religious if it were simply being consumed during a feast given in honor of Chairman Mao. 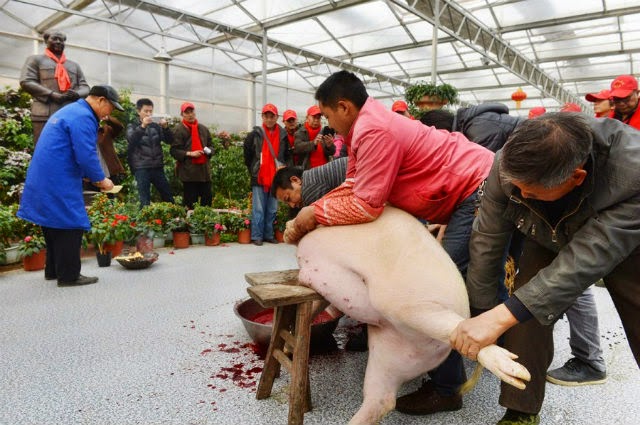 However, as this picture shows, the pig's blood was evidently left as an offering in front of a statue of Mao. This does seem to closely reflect traditional Chinese rituals honoring gods and spirits. 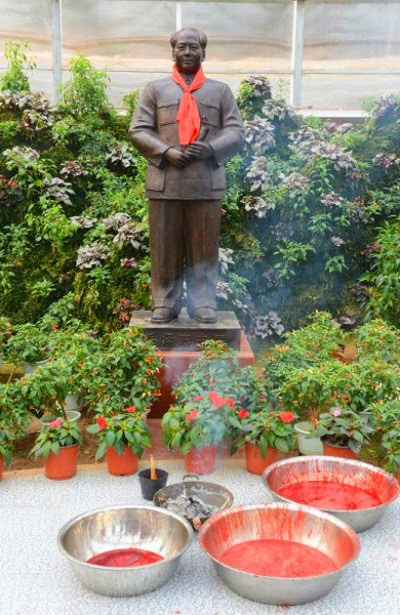 Oddly, a Buddhist monk helped arrange flowers left in Mao's honor. (Is this a new instance of Chinese syncretic religion, but in this case with Buddhism combined with Communism rather than Daoism or other indigenous Chinese religious practices?) 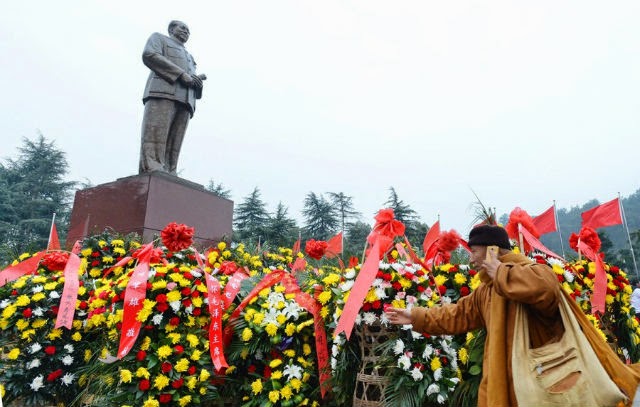 In any event, a fascinating read. Tip of the hat to Slate Star Codex.